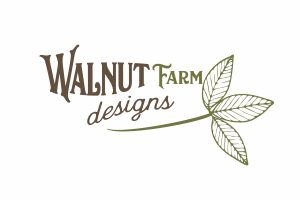 Chinese Woad – Isatis Indigotica is a flowering plant in the Brassicaceae family.  Chinese Woad is said to contain more indigotin than European woad, Isatis Tinctoria.  I have done a very small side by side test of fresh Chinese Woad leaves and European Woad leaves and then wool yarn dyed with the Chinese Woad did appear more blue.  Now, after I washed and dried the small samples, the results were less noticeably different.  I will do more tests to compare in the future.

The dye chemical in woad is indigo/indigotin, the same as the blue that comes from Japanese Indigo (persicaria tinctoria) and true indigo (Indigofera Tinctoria), but in a lower concentration.  Woad leaves contain the most indigotin in the first year leaves that grow in a rosette form.

I have read that Chinese Woad grows a smaller rosette than European woad, but that it’s leaves contain more indigotin.  Last year was my first year growing Chinese Woad as well as European and I planted them in a poor location in my garden that was available.  I then transplanted a few seedlings to better soil.  I had read that Chinese Woad may go to seed in the first year of growth and be more likely to, if transplanted.  If you do transplant Woad seedlings, make sure to get the entire tap root and water copiously until established.  Plants that have a single taproot do not transplant as well, if that root is broken and they do not receive plenty of water to become re-established in the new location.

None of the seedlings had the slightest desire to go to seed in the first year and transplanted just fine with plenty of water.  This year I planted the seedlings in better soil and I have noticed that the idea that they produce a smaller rosette than European woad is simply not true either!  I harvested 3#5oz of big, broad woad leaves! The Chinese Woad rosettes are much larger and nicer than my European woad!   So, I kind of think, that if I had to pick one variety over the other, that I would pick Chinese Woad to grow!

The Chinese Woad sent up flower stalks very early in the spring.  I was pretty worried that it was too cold and that they were going to get frozen and I would get no seed!  But, no!  They proved hardy with our temperamental, freezing spring nights and the flowers bloomed a little before the European Woad did, and the seeds developed nice and large and dark.

Plant the woad seeds in a sunny area.  They do not need to be sown deeply, but they are lightweight and can blow away!  So, make sure they stay where you plant them, give them water, and they should germinate within 2 weeks if the weather is nice and warm.

Small woad seedlings/plants are susceptible to insects, so you are likely to see insect damage on young plants, but as they age, they are not as susceptible and you won’t see much damage.

Woad is considered an invasive/noxious weed in these states: Arizona, California, Colorado, Idaho, Montana, Nevada, New Mexico, Oregon, Utah, Washington, Wyoming.  Woad seems to prefer more arid ground and seems to spread more rapidly in these states.  Because woad does not produce seeds until the 2nd year, and contains less indigotin in 2nd year plants, it could be grown as an annual and not allowed to go to seed, so that it does not spread.

Woad plants that over-winter into the 2nd year, will send up flower stalks of tiny yellow flowers that are 3-4’ high.  The flowers bloom and then seeds form and mature along the ends of the stems.  When the seeds mature, they will fall off and self-seed, starting new seedlings the same year that will flower and seed the next year.  This is why this plant can get out of control in some states and extensive eradication efforts have had to be taken to curtail its spread.

To dye wool or silk directly with the fresh woad leaves, take the leaves and a bit of salt and some yarn or wool fabric and squish it up!  Liquid will begin releasing out of the leaves and begin to dye the yarn!  Work at it a while, so that the whole yarn or fabric is evenly colored.

There are more complicated ways online that you can look up, that use ice water, and salt and blending, but that seemed like more hassle than it was worth, when you can get the same effect with just salt and the leaves.

There is a wonderful facebook group ‘Indigo Extraction Methods’ that offers a lot of help, though it focuses more on Japanese Indigo and True Indigo.  You can search in the group and find posts and videos that may help you learn how to extract the woad dye from the leaves by different methods and see the results that others have obtained.

This is such a fun dye plant, and if you collect the seed, you will always have plenty! Be sure to be responsible about whether you live in a state where a dye plant is considered a noxious/invasive weed.

If you are ever unhappy with seed or any other product you receive from me, please let me know.  Especially with seed, I feel that if the seed should not produce well, the waste of the growing season is the biggest shame and a refund unfortunately cannot make up for that loss of time.  You may find some unripe seeds, but I include extra seeds to make up for that.